We systematically try to track trends in FunTech because they are sure that changes are coming. FunCubator's investment thesis is as follows: scalable projects that change their field of entertainment, offering emotional experiences of fundamentally new quality. That's what will affect the Leisure Economy — the "economy of free time" in 2019, in our opinion.

Music: sounds of a new format

Quartz writes that the length of the song of modern popular musicians is getting shorter with each album. Spotify (and other streaming platforms) has so changed the business model, which is now more profitable to release more tracks of lesser length. Artificial intelligence is not only able to create but also adjusts the content for the context of the consumer.

Not only the "bourgeoisie" in the name of AAA-titles is growing. Hypercasual and the games "simple as that" also found their place in the ecosystem and, for example, collected half a billion users on WeChat. 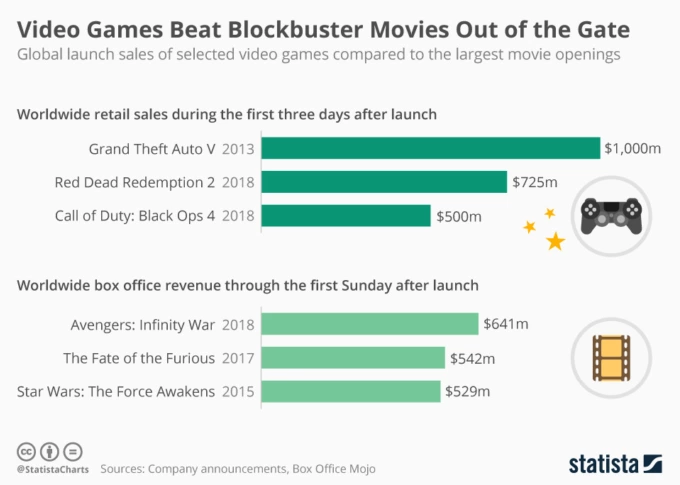 Netflix has already given a beautiful quote that their main competitor is a dream. And no, now gaming comes on their heels. After all, you did not think that Bandersnatch within the "Black Mirror" is just an experiment with formats? The interactivity in the series is a way to keep a competitor in the form of games and to move on to the screen of storytelling adventures.

Online vs. Offline: No one will be able to sleep calmly

More often a person chooses to entertain online instead of going to a club (Instagram), a movie visit (Netflix) or card-playing with friends (PokerStars). After all, any rest without informing all about it through the social network is already inadequate. It's like doing a jog and not writing about it on Facebook. 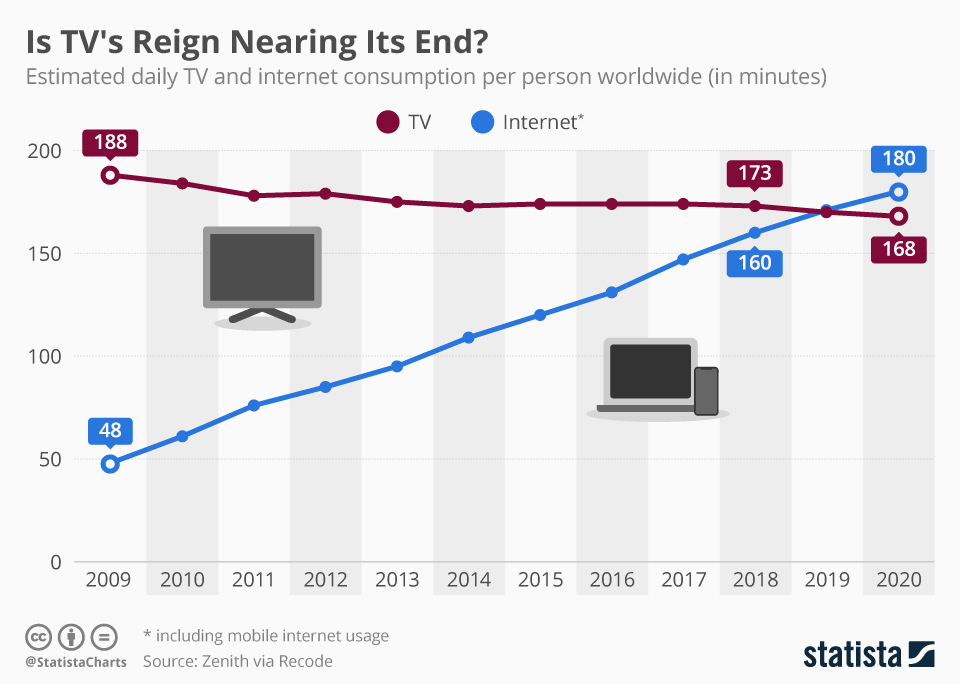 Voice assistants have penetrated many devices. Alexa lives on 20 thousand different devices, for which more than 40 thousand "skills" were created. But what America is, look at China, where DueroOS AI from Baidu is installed on more than 100 million units and Google Assistant with its 400 million devices worldwide.

Now you can "talk" with anything. There is a giant entertainment platform for which people are willing to pay. Amazon will not let slander: American Echo users spend $ 1,700 a year on purchases, while non-column clients do only $ 1,000.

People are finally accustomed to paying for the content they receive from OTT (Over the Top). Netflix on iOS in 2018 is $ 790 million in revenue. Who is second in terms of profitability? Tencent Video ($ 490 million). Do not think that there is a monopoly. At Netflix, everything will be very difficult. How many billions they have not put in their content now — people still look at their "classics", which, publishers who have felt the blood, will not pull out and repackage into their OTT. In this segment, it will be very hot. It's as hot as in the niche of distributing sports content.

SilverTech: a place for oldies

Oldies 2.0 are more active (the success of medicine), they have a lot of strength, time and money for entertainment. This new user class is formed right in front of us with an extension of the average life span.

AI and ML: personalization of everything

The data will collect the kettle, the doorbell and the collar of your dog. Just for the good. The trend will touch entertainments that will become more personalized — from giving out to Tinder to a unique, tailor-made for your psycho type, endings of the "Real Detective".

HERE WILL BE RAITING

API (application programming interface) involves ready-made classes, functions, procedures, structures & constants. Each of these is supplied by the application itself (or the OS)

Document specification represents a detailed plan of each website page. Its goal lies in making vision of the future internet site clear for everyone, so everyone can clearly understand the project’s final goals

What dangers are posed by artificial intelligence?

It used to be trendy to worry about super-intelligent machines taking over the world. But 2018 has shown that AI is capable of a different kind of damage before that happens