The interface is the common boundary between two functional objects, the requirements for which are defined by the standard; a set of tools, methods and rules of interaction (management, control, etc.) between the elements of the system. This is an exact but boring definition. In other words, but more interesting: the user interface (UI) is «the way you perform a task with the help of a product, namely the actions you take and what you get in return».

In everyday life, we are constantly confronted with interfaces. These are social networking sites, and controls in the car’s interior, and remote control for the TV, and voice control of the smart house, and a panel of buttons in the elevator. It turns out that we use one product to manage another product. But let’s not list all the phenomena in our life, but we’ll talk directly about web services and applications and how to make their use convenient.

Graphic user interface development: why do you need a UI?

Modern web services and systems radically change people’s work. There are, for example, the management systems of theatrical mechanisms, which simplify the work with electronic equipment, making it unnecessary to be constantly near the equipment. But it’s unlikely that the work will be simplified if such systems had complicated interface. 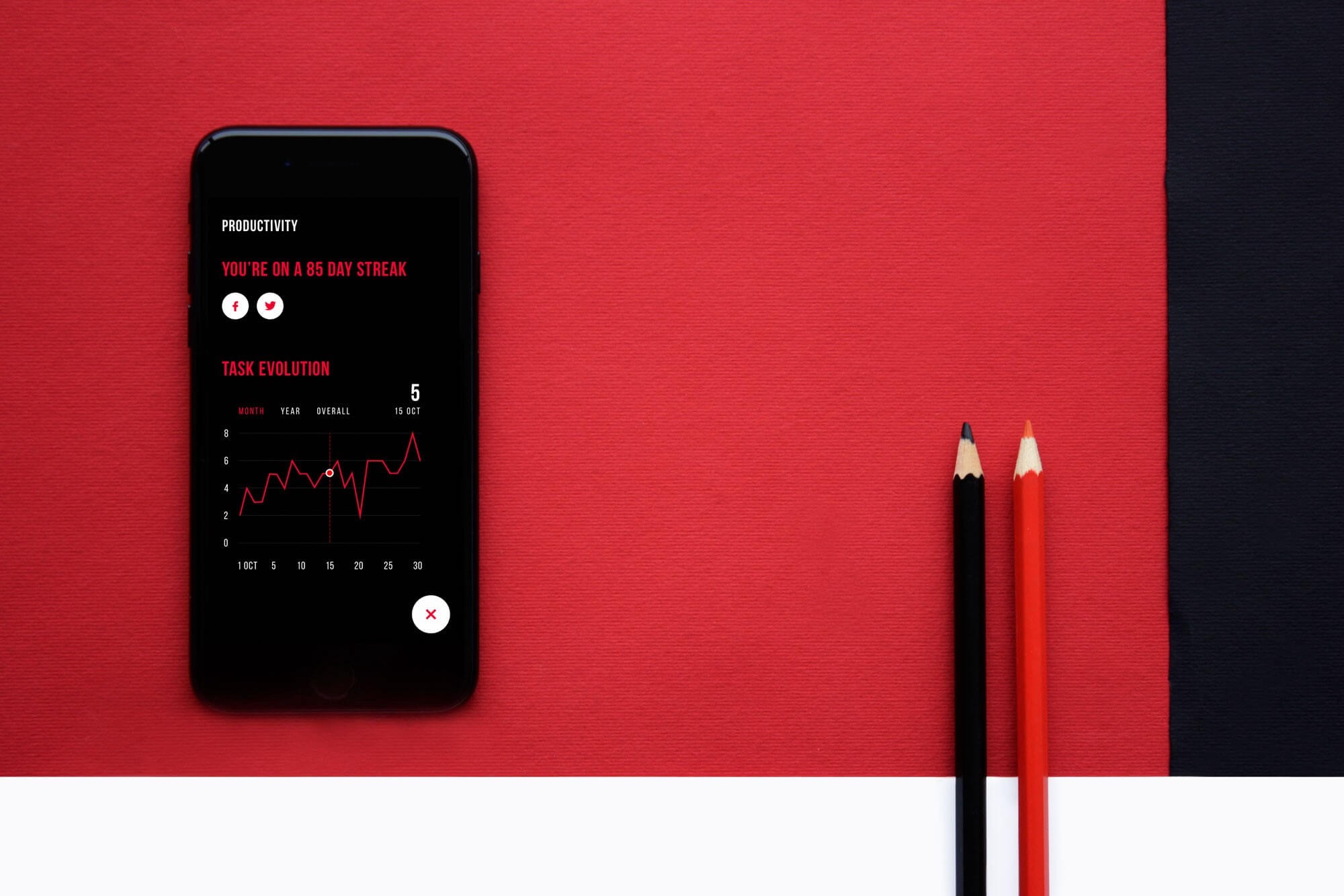 Development of the UI

So that we won’t have any problems with using an application, intelligent people visualize its functionality in the form of understandable elements, and behind this visualization lies the whole kitchen of UX / UI-design.

The line between UX (User Experience) and UI (User Interface) is very thin, but if you understand, it becomes clear that UX helps to understand the user. In UX-design there is a more psychological aspect, rather than technological. UX learns the user: how the user lives, what he thinks, how and what he does, and what surrounds him. The designer is faced with the task of helping an ordinary person to easily understand your software product and get satisfaction from working with it.

And to understand the user is very important. No one wants to fill in twenty fields of the form to register on the site or to flip fifteen tabs before getting to the desired function. «The user should not be forced to interact with the program longer than absolutely necessary to solve a particular problem». This is a real problem, which the designer should solve, and we will get acquainted with the stages of solving this problem a little closer.

First, we need to orient ourselves in the elements of the future interface. To do this, we define the problem, examine the subject area, the audience, and how it uses the product. 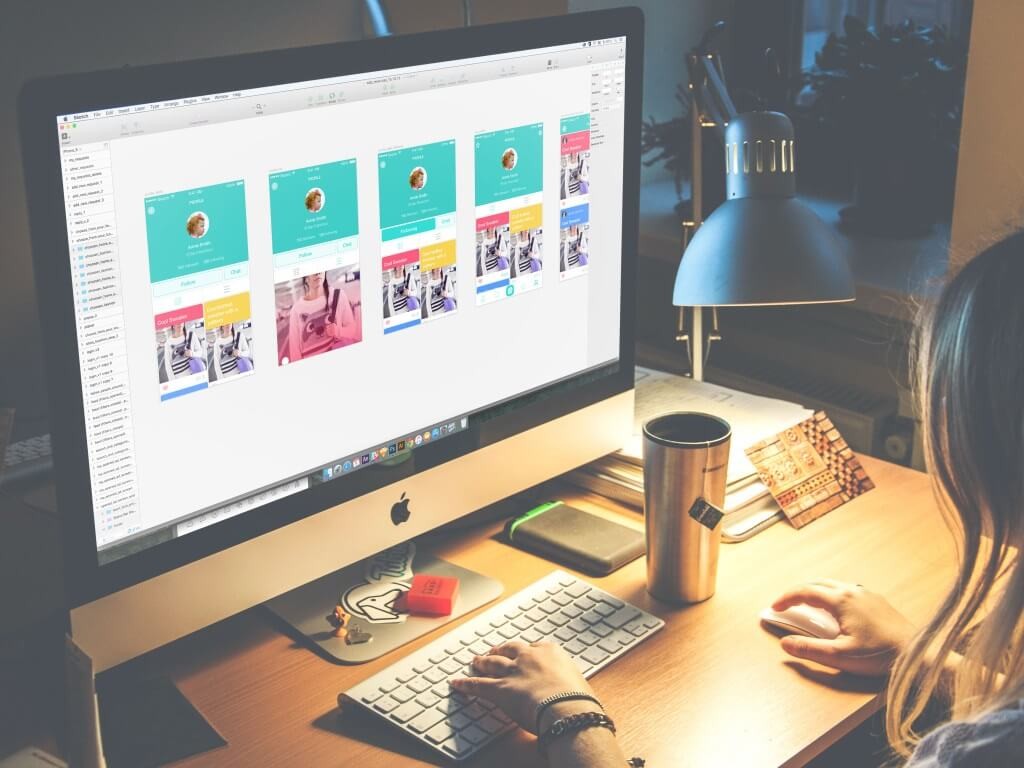 This stage allows you to quickly understand the customer’s vision and make a lot of changes before the interface is developed. We plan the layout of buttons, shapes and other necessary elements, and only then we select the color palette, fonts, images, transforming all this into a convenient and beautiful layout. That is, we begin with the warframe (layout of the elements on the page), and we end by creating a beautiful picture from this plan. In the case of developing applications for Android and iOS, the designer’s work is facilitated by the guidelines — the rules for layout and layout of UX / UI rules, which was created directly by design experts from Google and Apple.

Once we figure out the sketch, it’s time to start the map of screens and understand how the ordinary person will behave when using the future application toolkit and what state the interface will take each time the user interacts with it.

The client approves the developed structure and user scripts, and the developer moves on. This stage allows to exclude future changes or make them insignificant. If the structure loses points in logic there will be a need in a complete redesign, it will not bring any benefits to the project.

There are many different concepts, for example material design, metro, skeuomorphism, etc. When choosing the style of the interface, you should take into account the current trends in design, adaptability, time to design and implement the design, and many other equally important points.

In any web service or application, the design helps the user to solve his or her immediate problem, so non-standard chips and bright colors fade into the background. 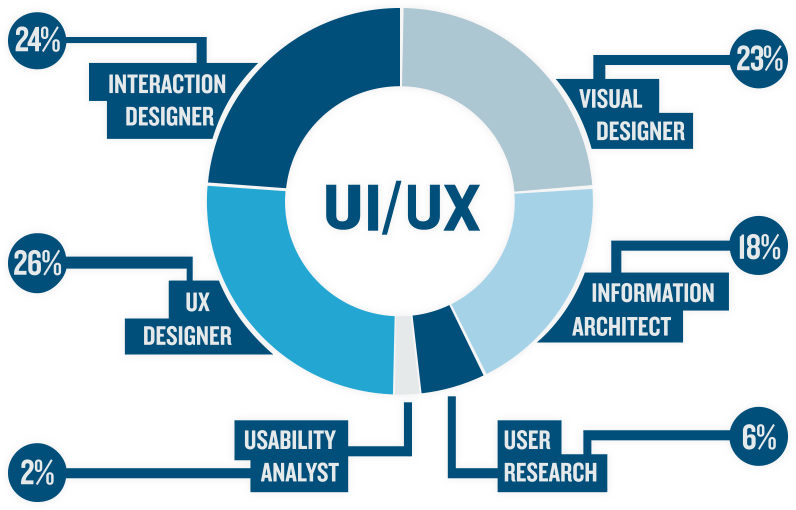 Finally, the client can show the version of the design developed by us, simultaneously proving the style solutions. At this stage, we process any comments of the client, because our work is aimed at that and come to a mutual decision. When the style is selected, the designer draws the layout, drawing on the rules of the guides and corporate style of the client. At the output we get a convenient and beautiful design of the mobile application. In this article, by the way, we have told a little about the stages of work of our designers.

A prototype is a visual model of the user interface. In effect, this is a functioning «draft» interface, created based on your understanding of the needs of users.

For a more vivid demonstration of the application’s work, investors and potential users can develop an interactive prototype. Although it is worth noting that this is not an obligatory stage, since the mocap + user flow diagram is quite a prototype, describing the future product in terms of UX. However, the interactive prototype will give a more complete idea of both the application’s capabilities and the amount of work to implement them.

Variants of the prototype depend only on your time resources and on the level of the desired quality. It can be a test stand on which the operator manually performs changes in the state of the application depending on the user’s choice, or it can already be a software implementation that can be run on a smartphone or browser, crock all screens, evaluate the logic of the product.

The task of designing the user interface of the application is an integral part of prototyping. In our company, designers study future users using different methods: discussing the issue with the nearest environment, talking directly with our client, discussing with the potential audience (live or on forums) and interviews to identify the urgency of the problem and find ways to solve it by the user.

The result of this study is the description of the target audience and a clearer understanding of what difficulties can arise when using the service, and how to overcome these difficulties. 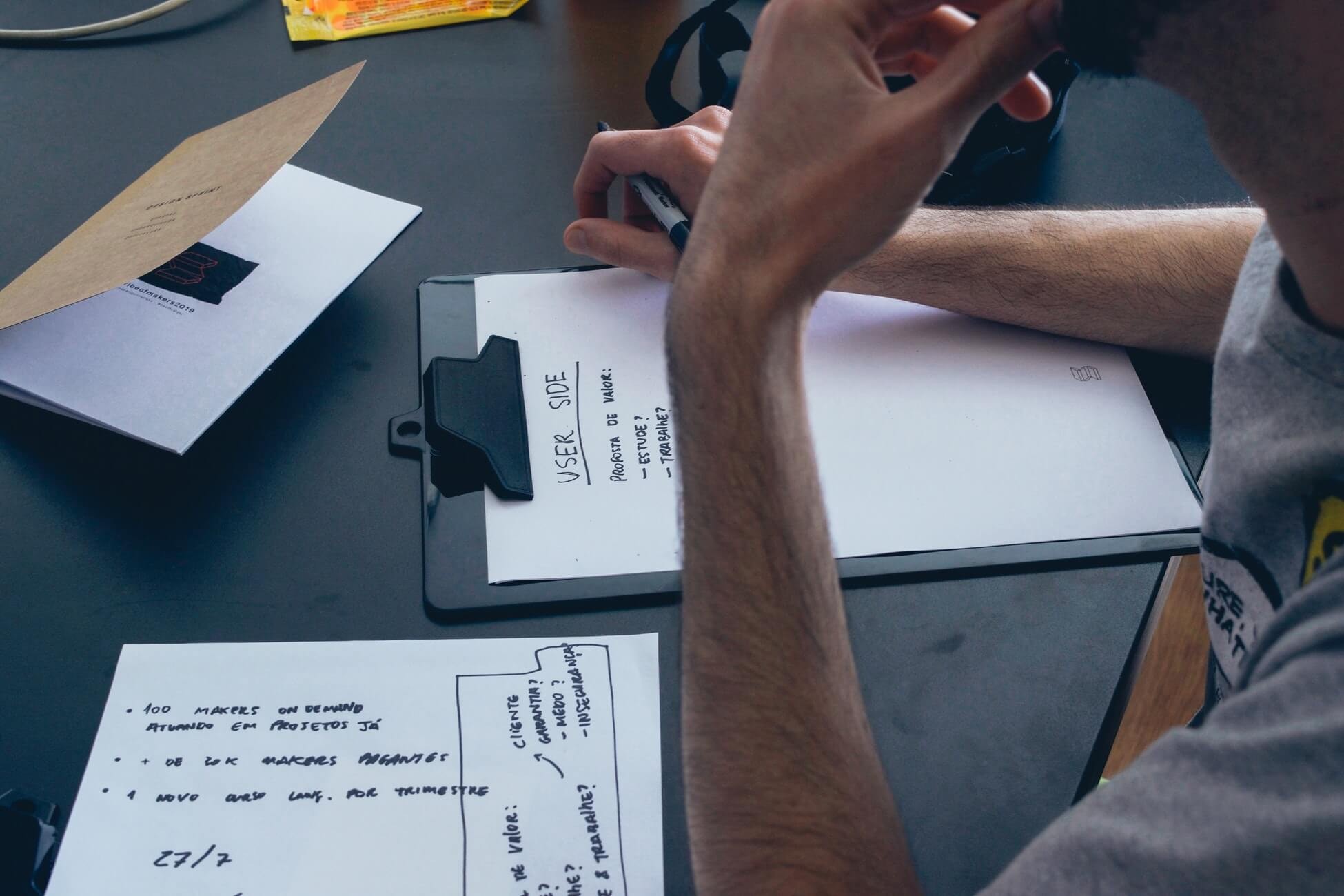 Approval of the result

Here it is, the last stage of work on the UI. Here everything is very simple: the client evaluates the result, gives comments and suggestions, and we, if necessary, make edits.

By this time, we must have a technical task, which includes all the information we worked with at the stage of prototyping and design. Having the ready design and TK on hand, we proceed to develop the application.

Phased development interface and complex systems save time, structures all work, reduces the likelihood of additional cash investments. I think it’s already clear from all the above that the interface is in principle necessary for user interaction with the application. But what is most important is the ability to develop an interface in which the user will find the key functions of the product for the minimum time required for this.

You will agree with the opinion that this task is not easy, because it is too complicated, and vice versa, an ill-conceived simple interface can spoil the whole impression from any web service or mobile application.

It is said in the book «Psychiatric» by Alan Cooper that excessive savings on UI in the future translates into spending on technical support, correction of mistakes, training of new employees. A beautiful wrapper in the form of modern design does not have a human interface; The key to this humanity is the design for a real user.

We work on a methodology that is convenient for you: Waterfall + iteration, SCRUM or Agile. We are not afraid of changes on the go and are ready to provide timely communication and information about the stages of the project. If desired, we provide access to the Git version control system and the task-tracker. Each client receives a personal, competent project manager who is able to answer most questions. If necessary, a meeting with the participation of specialists and programmers is possible.